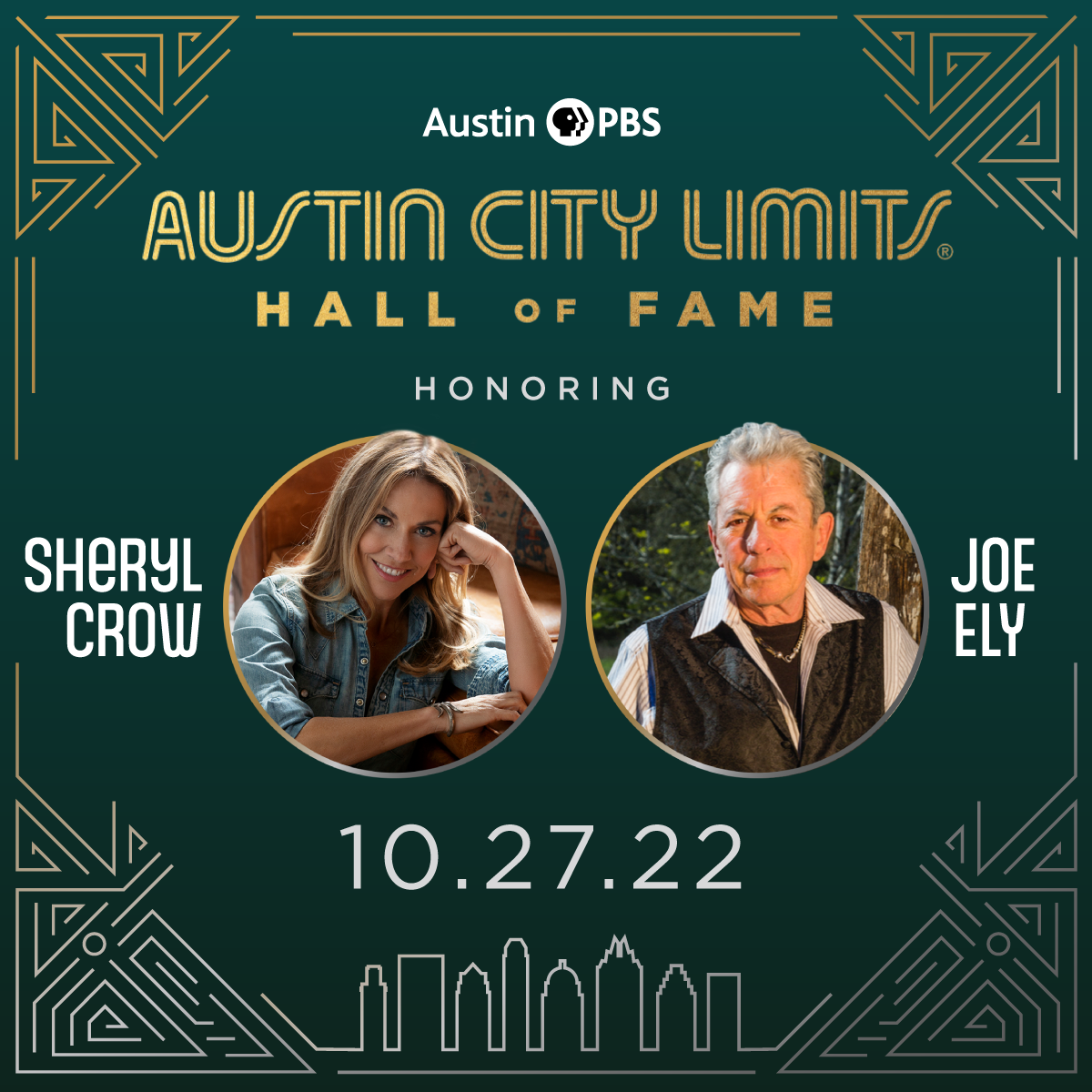 Austin PBS’s biggest event of the season returns this fall: the Austin City Limits Hall of Fame Induction & Celebration on October 27, 2022. We are excited to announce our 2022 honorees: beloved singer, songwriter and superstar Sheryl Crow and iconic Texas music pioneer Joe Ely. With an all-star line-up to celebrate them both, this will be a night you won’t want to miss.

ABOUT THE AUSTIN CITY LIMITS HALL OF FAME