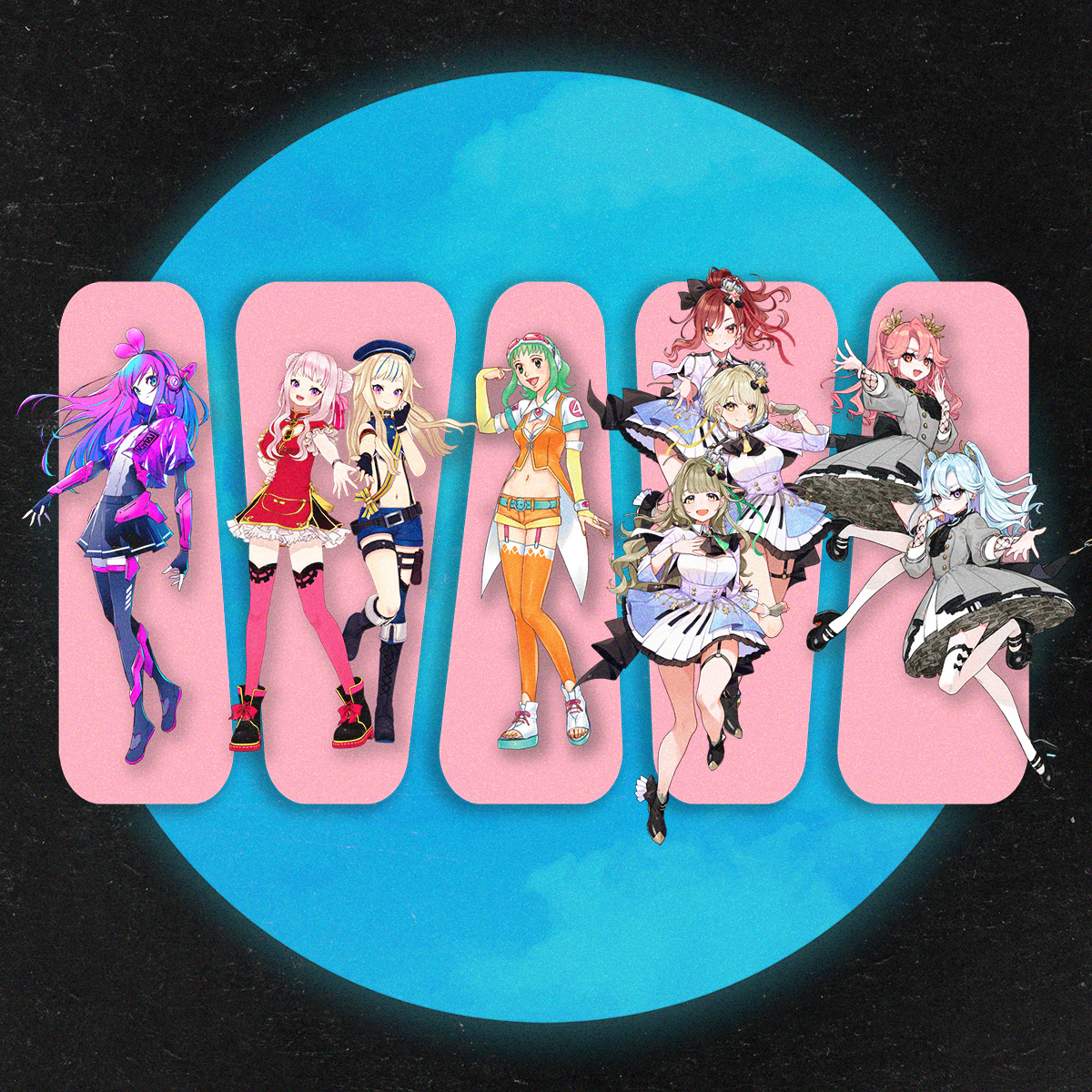 The International Anime Music Festival (IAMF) will be #kzn(kizuna) chan’s first worldwide tour and fans have been showing much excitement as word of this tour spreads throughout the world.
About HIMEHINA
The virtual duo HIMEHINA is made up of two artists who are complete opposites yet have perfect chemistry—capturing the hearts of every audience. The duo features Hime Tanaka, who has a phenomenal energy and “lets it all out” with charged emotions and a high-pitched singing voice, and Hina Suzuki, a sweet little girl with a beautiful, gentle voice that melts the hearts of audiences and charms them with her ‘spacey’ personality. The girls of HIMEHINA not only dance the night away on stage, but also use their beautiful harmonies for live video game broadcasts on YouTube and other media. They are the first-ever VTuber (Virtual YouTuber) duet to simultaneously take first and second place on the popular music download app “High-Reso” in Asia. Their debut album “Divine Flowers,” released in April 2020, reached #3 on Oricon (the Japanese music hit chart). They consistently sell out live performances, even Tokyo’s “Aitai bokura” in 2022 which sold out within a single minute. HIMEHINA creates a strong connection with its fans through emotionally expressive vocals and the beautiful lyrics that reflect their own unique worldview.
About GUMIGUMI
One of the most loved vocaloids among Western anime music fans, takes her name from the nickname of a Japanese voice actress, Megumi Nakajima. First appearing in 2009, GUMI has released 10 albums and has gained hundreds of millions of views, touching the hearts of millions of fans worldwide. Yet, until the coming 2023 tour, she has never officially performed live outside of Asia. This vocaloid sensation has achieved success not only as a character but also as a voice source with massive user-created content floating around on social media. One of her most famous songs by an individual creator, “Echo,” has over seventy-seven million views. And that’s only one hit among many others. GUMI’s newest speaking software, “A.I. Voice,” is creating a buzz among her fans for enabling them to create songs as well as speech with her voice.
About MaRiNaSu
An absolute gem of a dance and vocal unit, produced by Avex of Japan, MaRiNaSuis the virtual girl group sure to electrify fans as they make their international debut in 2023. Although their personalities are completely different from one another, they are three little balls of energy who gel together as a perfect match when performing on stage. Their miraculously instantaneous costume transformations in the middle of their performances, combined with their electrifying sound, are sure to produce some of the happiest and most exciting moments of entertainment in the lives of those spectators lucky enough to experience this international debut.
About LiLYPSE
Don’t worry if you haven’t heard of this mysterious duo of virtual pop singers made up of twin sisters. These girls are talented performers and sure to charm their way into the hearts and minds of soon-to-be awed fans with their beautiful songs and synchronized dancing. Their names are Mikado and Oboro Akatsuki. Mikado is loosely translated as “sun” and Oboro, meaning “hazy,” is a reference to the moon. Mikado and Oboro are literally living in a dream they can’t wake up from and have little recollection of their lives before they last went to sleep, except that they had previously performed together at several concerts. Their creativity comes out while they dance, and that is how they came up with the name “LiLYPSE.”The more they perform, the further they travel through this dream. They know that being part of their fans’ lives will eventually enable them to wake from their dream and become part of the natural world again. So, they perform with incredible vigor, shining like the sun and glowing like the moon.If you don’t believe that the sun and the moon intersect, you will when you see LiLYPSE perform. They are absolutely overjoyed about their first world tour as part of the International Anime Music Festival (IAMF) to commence in early 2023. Their story is mind blowing, and you’re going to love it!