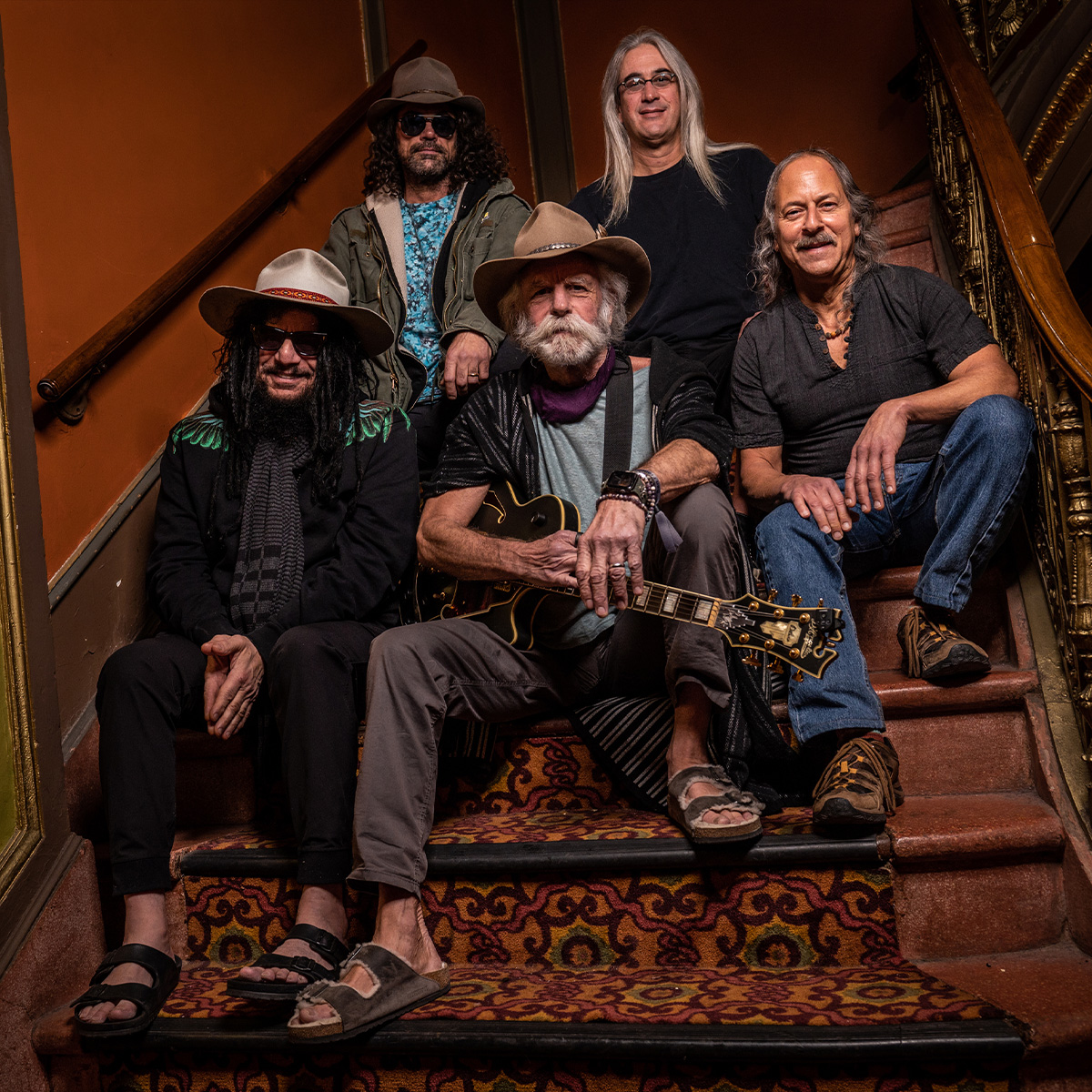 Bobby Weir & Wolf Bros formed in 2018 by Weir along with Don Was and Jay Lane. The band set out performing the expansive catalogue of Grateful Dead, Bobby’s solo albums and more and has toured extensively throughout the US.

In 2020, Jeff Chimenti joined the Wolf Bros around the same time the band started featuring The Wolfpack, a string and brass quintet which bring an orchestral, symphonic element to the music of Grateful Dead and features Alex Kelly, Brian Switzer, Adam Theis, Mads Tolling and Sheldon Brown. The band is also now joined by Barry Sless on pedal steel.

Bobby Weir & Wolf Bros recently released their first ever vinyl collection of recorded material, Bobby Weir & Wolf Bros: Live in Colorado, on Third Man Records. The record—produced by Weir, Was and Lane—features a collection of songs recorded during the band’s live performances at Red Rocks Park & Amphitheatre in Morrison, Colorado and the Gerald R. Ford Amphitheater in Vail, Colorado in June 2021, their first live audience concerts in over a year due to the pandemic.

In October 2022, Bobby Weir & Wolf Bros featuring The Wolfpack will join the National Symphony Orchestra for a once-in-a-lifetime collaboration at the Kennedy Center.

Bobby Weir is a founding member of the legendary Grateful Dead and Dead & Company and is one of rock’s finest, most distinctive rhythm guitarists and singers. Weir has received a GRAMMY Lifetime Achievement Award, been honored by the Americana Music Association with a Lifetime Achievement Award, is a Les Paul Spirit Award recipient as well as a Goodwill Ambassador for the United Nations Development Program (UNDP). Weir’s Blue Mountain LP (2016) marked his first album of solo material in more than 10 years and received raves from critics.

Don Was is a GRAMMY winning producer and legendary bassist who founded the ‘80s funk-rock band Was (Not Was), known for hits such as “Walk The Dinosaur” and “Spy In The House Of Love.” As an in-demand, highly acclaimed producer, Was has been honored with four GRAMMY Awards for his production work in each of the past three decades, including Best Album honors for work with The Rolling Stones and Bonnie Raitt. Production credits include The Rolling Stones, Willie Nelson, Roy Orbison, Gregg Allman, John Mayer, and Neil Young, to name a few. Albums produced by Was have achieved dozens of multi-platinum, platinum and gold certifications and have sold more than 90 million copies worldwide. As one of music’s top bass players, Was has collaborated with countless musicians throughout his storied career, spanning a multitude of genres.

Jay Lane is a longtime Weir collaborator and prolific drummer, who played with Weir’s RatDog for more than 16 years. He was also one of the first drummers of Primus. More recently, Lane has performed with a collection of artists including Phil Lesh and Friends.

Acclaimed keyboardist Jeff Chimenti has a long history of working with former members of Grateful Dead having performed with Bob Weir & RatDog, The Dead and Furthur. He has been a member of Dead & Company since the band’s formation in 2015.  In 2021 their tour was comprised of 34 concerts in 27 markets, performing to more than 550,000 fans.