with Eric Gales and Ally Venable 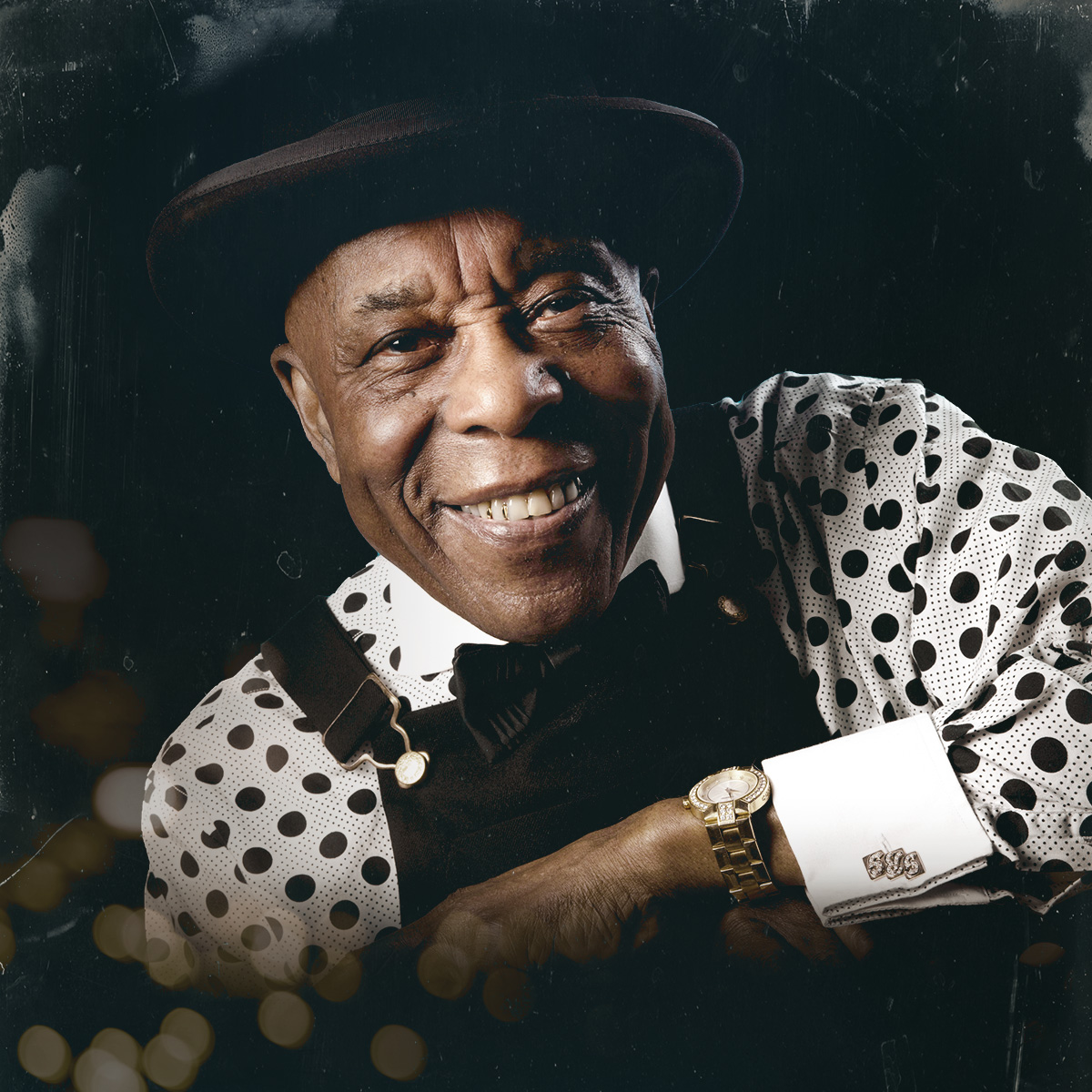 “Buddy Guy plays 150 shows a year …and his take on the blues, expressed through his plaintive voice and virtuosic guitar, is still scorching.” – Billboard
“searing… masterful…. Buddy Guy…shows no signs of decreasing productivity.” – Rolling Stone
“While it’s almost a given that Buddy wins when he releases something, next year it will be because it’s truly well deserved. This is a superb album and it is well worth adding to any blues lover’s collection.” – Blues Blast Magazine

Today, Multi-Grammy Award winning blues icon Buddy Guy celebrates his seventh #1 album THE BLUES DON’T LIE, released via Silvertone/RCA Records. Along with it, he bids adieu to extensive touring, with the upcoming 2023 Damn Right Farewell Tour, kicking off February 17, 2023, in Rockford, IL. Local presales begin Wed Oct 19 at 10AM local time. Tickets go on sale this Friday, October 21, at 10AM local time. Visit buddyguy.net for a full list of tour dates with even more to be added shortly.
Guy’s Damn Right Farewell tour will see The Americana Music Association Lifetime Achievement Award winner performing hits from throughout his career, in addition to his new #1 album. Amid his core classics you’ll hear new fan favorites from the project, including “Gunsmoke Blues” ft. Jason Isbell, the forever timely and spellbinding “We Go Back” with Mavis Staples, and a harmonious collaboration with James Taylor on “Follow the Money.” The follow up to his sixth Billboard #1 album The Blues Is Alive And Well, the Blues Album chart-topper reunited with his Grammy Award winning producer/songwriter and longtime collaborator Tom Hambridge, who rejoins him on tour, to bring audience members even more emotionally-charged music with even more bone-chilling hard earned lyrics and lessons that continue to garner critical recognition and praise.
THE BLUES DON’T LIE is Buddy Guy’s follow up to his 2018 Billboard #1 Blues Album Chart lead THE BLUES IS ALIVE AND WELL, which debuted at #1, making it his thirteenth Top 10 Billboard Blues album. Always a welcomed return to music, he won “Best Blues Album” at the 2019 Grammy Awards. This all followed his 2015 album Born To Play Guitar, which also debuted at #1 on Billboard’s Top Blues Album charts and won “Best Blues Album” at the 2016 Grammy Awards. The recipient of the 2015 Grammy Lifetime Achievement Award, Buddy Guy’s incredible career spans over 50 years with just as many albums released. Career highlights include 8 Grammy Awards, 38 Blues Music Awards, the most any artist has had, a Kennedy Center Honors, NARM Chairman’s Award for Sustained Creative Achievement, Billboard Music Awards’ Century Award for distinguished artistic development, Presidential National Medal of Arts, and induction into the Rock and Roll Hall of Fame to name a few.
At 86 years young, Guy proves that it gets greater later as he continues to record and tour around the world with performances at the New Orleans Jazz & Heritage Festival, Austin City Limits Live at the Moody Theater and more.