WITH NERO, LAMORN AND MORGIN MADISON 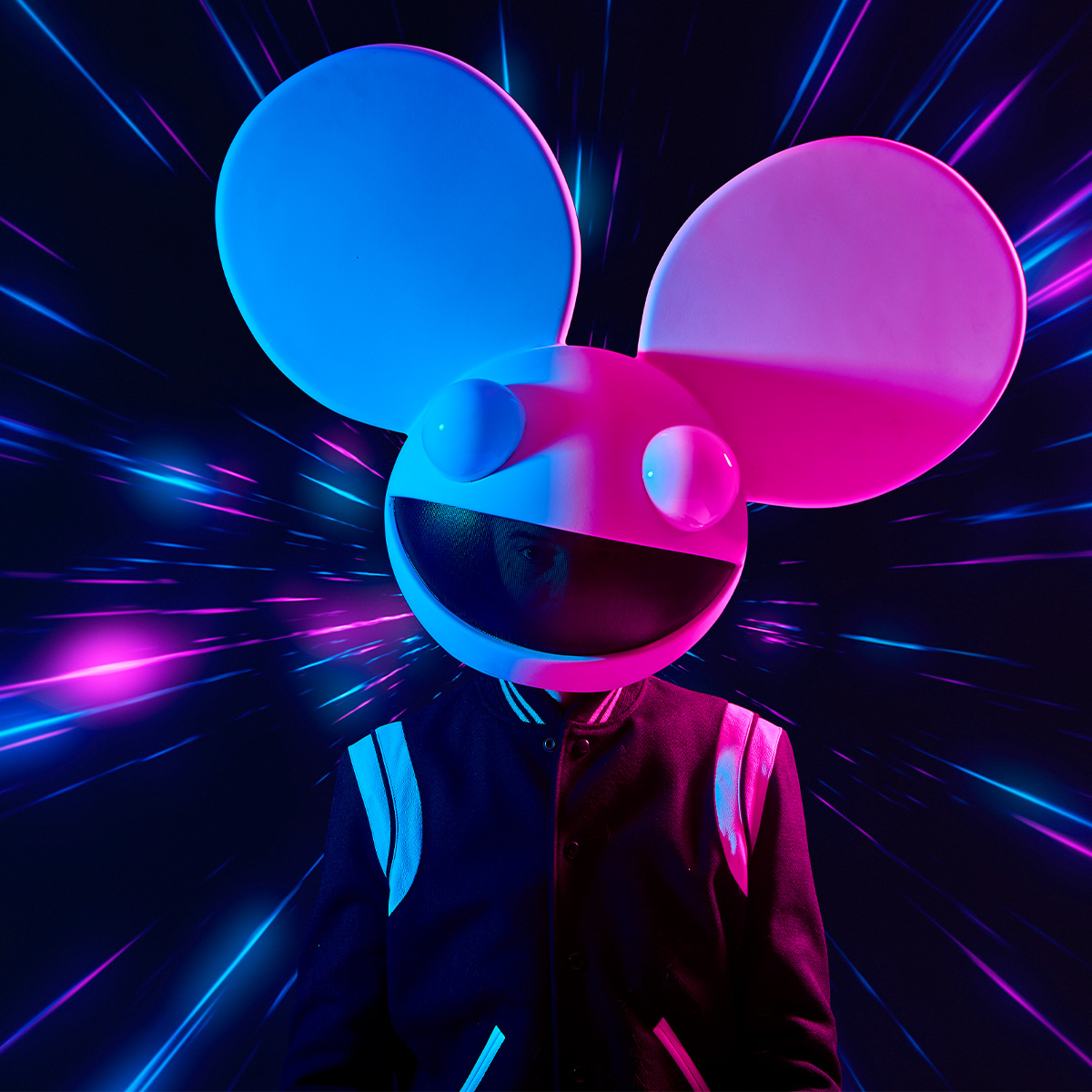 The most impactful revolutions aren’t planned, plotted or premeditated.

They simply happen. There’s also typically an enigmatic figure at the forefront of those aforementioned creative shifts. Canadian native Joel Zimmerman, more commonly known asdeadmau5 (pronounced “dead mouse”), didn’t set out to become a groundbreaking electronic artist. He just made some music and it happened to change the game and pop culture as we know it. Isn’t that the best way for it to work though?

Up to this point, his career stands earmarked by a series of firsts and shattered records. At the 54th annual Grammy Awards in 2012, he gave a monumental performance as part of the prestigious ceremony’s first-ever telecast celebrating electronic music. He’s also the first electronic artist in history to grace the cover of Rolling Stone. His sold out show at Toronto’s Rogers Centre, documented on the MEOWINGTONS HAX 2k11 DVD, and London’s Earl’s Court, documented on the deadmau5 live @ earl’s court DVD, made him the first Canadian artist as well as the first electronic artist to headline both venues.

He also performed at the 54th Annual GRAMMY Awards as part of its first ever telecast performance highlighting electronic music. His fan base speaks the loudest though. He’s garnered over 6.5 million fans on his Facebook page and over 1.3 million followers on Twitter. Plus, deadmau5 remains an impressive concert draw, headlining the biggest festivals in North America Lollapalooza, Outside Lands, Sonar, Virgin Mobile FreeFest, Ultra Music Festival and Electric Daisy Carnival.

He was the first Canadian and electronic artist to sell out Rogers Centre in Toronto. If that’s not enough, he broke a record held by Rage Against the Machine for most consecutive shows at the Roseland Ballroom in NYC with a staggering six nights at the iconic venue. He adorned the cover of Rolling Stone’s summer double issue in 2012, another first for an EDM artist. With his cat Meowingtons gracing the artwork for > album title goes here < the music sits firmly entrenched in the deadmau5 universe. It’s open and otherworldly and welcoming of all genres, species, etc. Ray Bradbury would be proud.