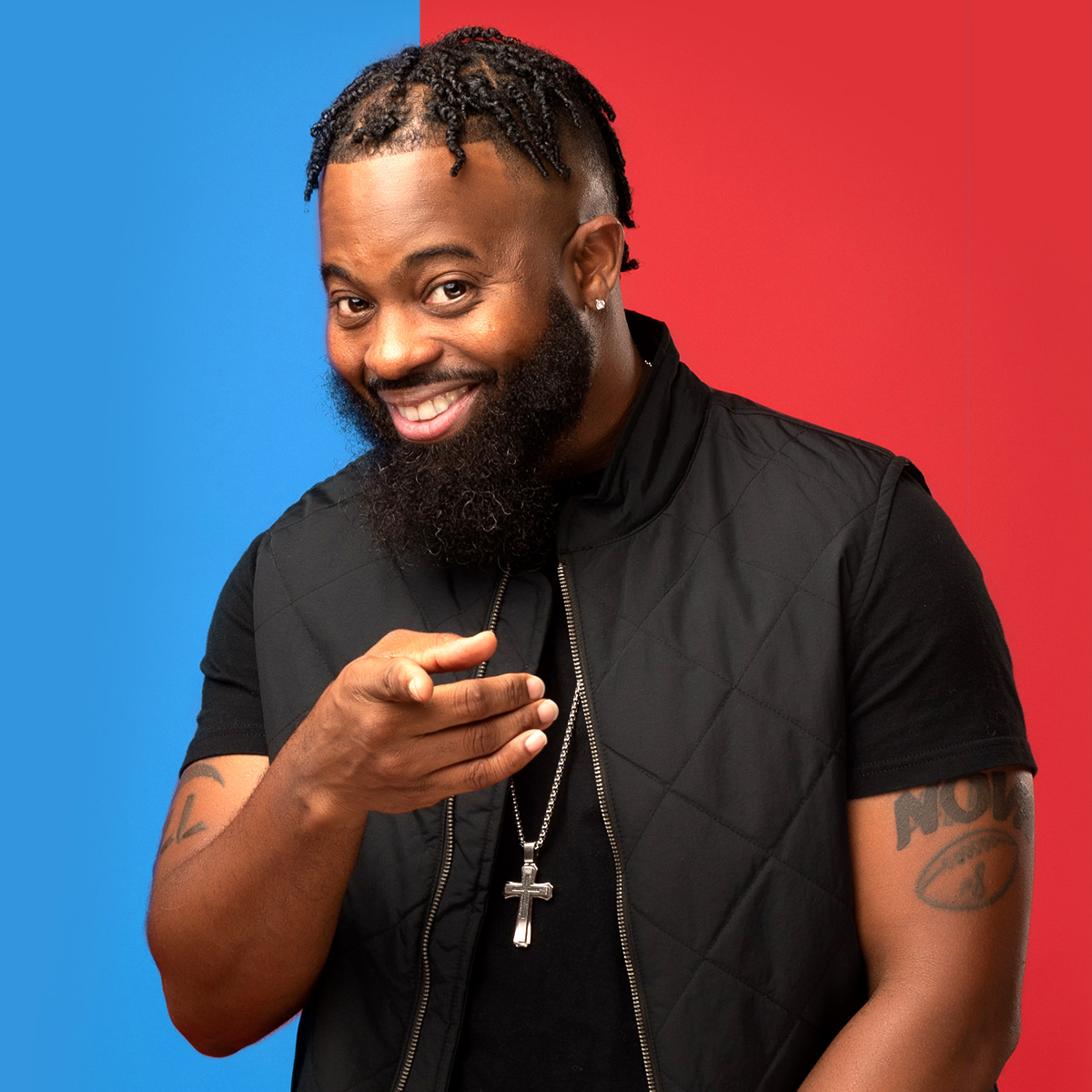 Eddie B. soared to new heights by creating his own opportunity starting with his series of comical videos titled “What Teachers Really Want to Say”. In a matter of hours, those videos sparked the attention of educators all over the country when they realized that they were not alone and finally had someone to joke about the things they were reluctant to say out loud.

Shortly after, Eddie decided to take his videos to the stage selling out comedy clubs, theaters, and arenas with his “Teachers Only Comedy Tour” in 2017-2018 and the “I’m Already Professionally Developed Tour” in 2019- 2020. When the worldwide pandemic made it impossible for Eddie to see his fans in person he began performing his “Teachers Only” comedy virtually! Now that things are getting back to normal Eddie B is ready to give educators more of his unfiltered comedy beginning with his ” Teachers Only Summer Break Tour” in 2022!

Eddie B has established himself as the official voice of teachers across the globe. Educators from America to Africa, Dallas to Dubai, New York to New Delhi (and beyond) are getting a lesson in the funniest ways to express their worst frustrations and they are loving every second of Eddie B’s uncensored and hysterically realistic portrayal of a teacher’s hectic life, from the point of view of an actual teacher!