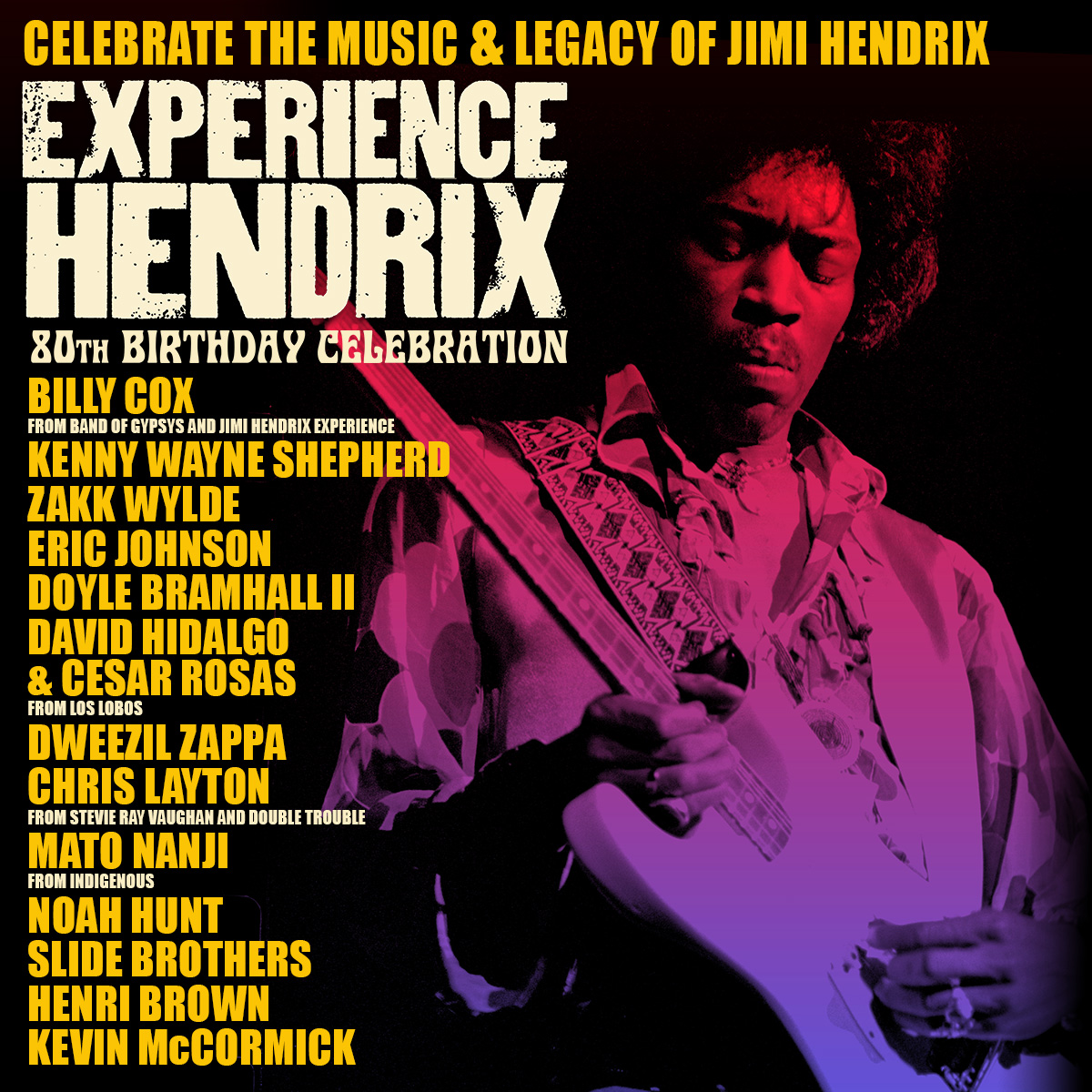 This special celebration at ACL Live’s Moody Theater draws its roots from the famed Experience Hendrix Tour.  For more than 20 years, the Experience Hendrix Tour has presented artists presenting Jimi’s peerless music in a concert setting.  The artists who have taken part include those such as Buddy Guy and Hubert Sumlin who influenced Hendrix.  Jimi’s own contemporaries such as Santana and Paul Rodgers as well as a wide range of contemporary artists whose music was inspired by the legendary guitarist.

The concert at ACL on December 4 echoes the November 18 release of Jimi Hendrix Experience Los Angeles Forum: April 26, 1969, a new live album from Experience Hendrix, L.L.C. and Legacy Recordings. The package (available on CD, 2LP vinyl and all streaming platforms) captures the original Jimi Hendrix Experience line up and was produced by Janie Hendrix and John McDermott. Los Angeles Forum has been restored and mixed by Eddie Kramer, the legendary engineer who worked closely with Jimi Hendrix during his life and has been involved with each of the releases issued by Experience Hendrix.

Janie Hendrix and John McDermott are also co-authors of JIMI, a lavish book that is a comprehensive visual celebration of Jimi Hendrix’s life and career, which will be published through Chronicle Books’ Chroma imprint next week. It includes commentary by such notables as Paul McCartney, Ron Wood, Jeff Beck, Lenny Kravitz, Drake and Dave Grohl, about Hendrix and his enduring influence.

Kenny Wayne Shepherd, who has closed every show he’s ever played since the age of 15 with the Jimi Hendrix Experience’s “Voodoo Child (Slight Return),” commented, “The music of Jimi Hendrix has always been a large influence on my life and music – in no small part due to his blues roots. He showed a lot of his influences and the foundation from which he built his music.” He went on to say, “Jimi Hendrix was one of the greatest performers, entertainers and songwriters of all time, but as far as the guitar goes, he made a statement with his instrument that has yet to be matched.”