Help Is On The Way Tour 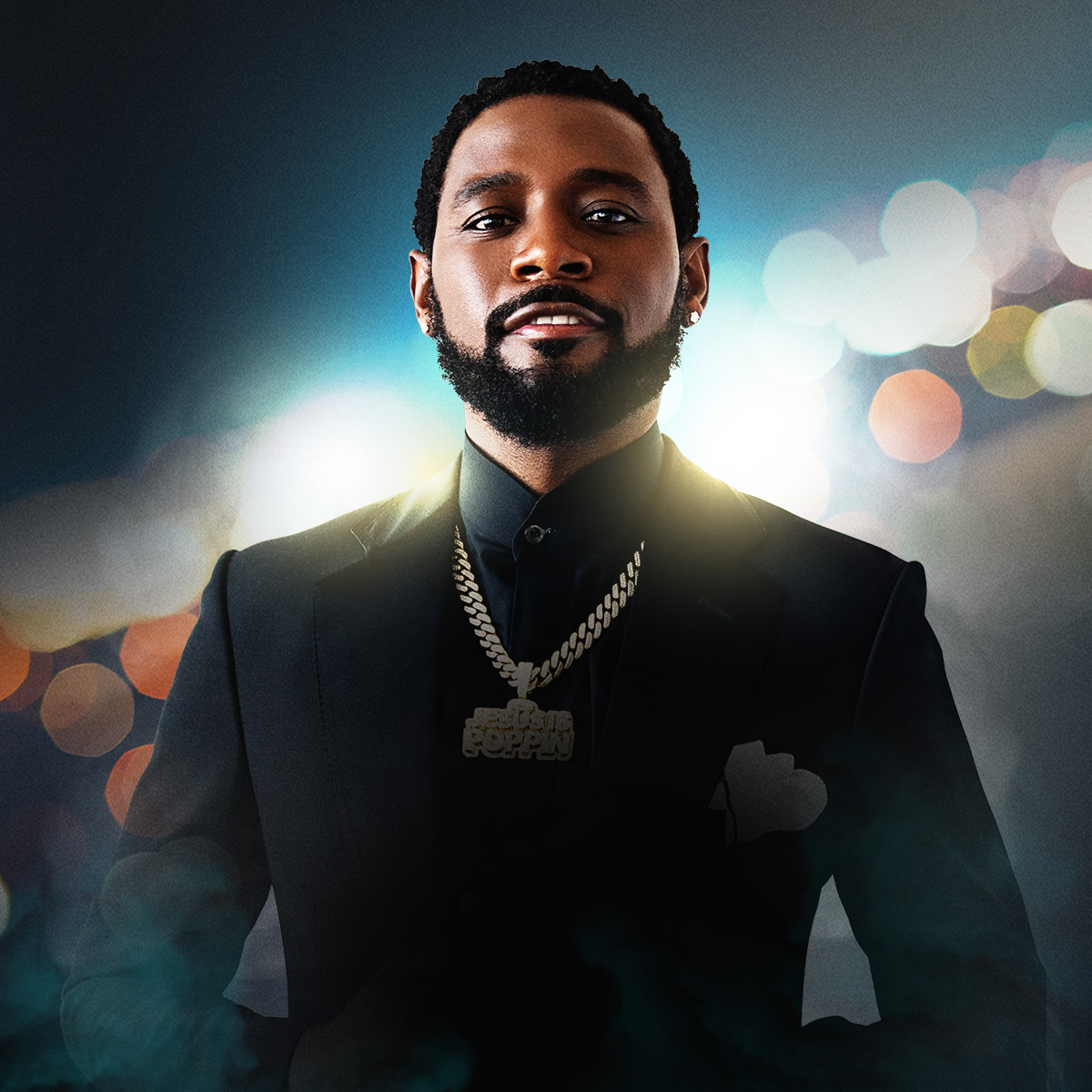 Named one of Variety’s 10 Comics to Watch in 2021, Kountry Wayne (a.k.a. Wayne Colley) has garnered a loyal following from his widely popular digital sketches and hilarious standup, generating an extraordinary amount of buzz among his peers within the entertainment industry as one of comedy’s most notable rising stars.

Since his first Facebook post in October 2014 went viral, the charismatic comic has amassed millions of followers across Facebook and Instagram, where fans tune in daily to his viral sketches featuring original characters such as Drip and Buddy, with cameos from notable celebrities including Ludacris, Mike Epps, Charlamagne tha God and Lamar Odom, to name a few.

Keeping it real, mining comic gold from the everyday and applying his genius for freestyling, Wayne is a master comic storyteller. In 2017 Wayne embarked on the 150-date national “Child Support Tour,” selling out clubs and theaters across America. That wasn’t just a clever moniker – he’s the dad of ten kids and even as he builds his own entertainment legacy, he’s all about securing the future for them.  “My hashtag, my mantra, is ‘Help is On The Way!’ – that’s my slogan, I own it, because I believe God’s got my back and your back and whatever is stressing you out today, it won’t last because help is truly on the way,” says Wayne, whose endearingly funny way with English comes from growing up “Kountry” in Millen, GA (pop. 3500), between Statesboro and Augusta. He was given what became his stage name during a stint living and going to school in Savannah in the mid-2000s.

In January 2020, Wayne began his “The People’s Champ” North American tour, travelling to cities across the U.S. and Canada including Miami, Pittsburgh, West Palm Beach, Phoenix and more. In the spring of 2021, Wayne performed in arenas alongside comedy heavyweight, Mike Epps, on the “In Real Life Comedy Tour,” ranked #1 on Pollstar’s Top Global Concert Tour list. Wayne was featured on MTV’s “Wild ‘N Out” with Nick Cannon, starred in the BET original Christmas rom-com film, “Holiday Heartbreak,” and debut at #10 of The Hollywood Reporter’s Top Comedians List, which includes Ricky Gervais, D.L Hughley, and Kevin Hart. Most recently, Wayne wrapped his “Straight Out The Mud” tour presented by Live Nation.

Wayne, along with Kym Whitley, currently co-hosts “I Love Us,” a new comedy clip show on BET+. Additionally, Wayne is set to release his first book “Help Is On The Way” in April 2023 – a memoir covering everything from his childhood, past struggles and path to success. Up next, he will be starring alongside Chloe Bailey, Quavo, Mack Wilds, Druski, and more, in Universal Pictures’ “Praise This,” produced by Will Packer and directed by Tina Gordon.

With his humble roots and unbridled energy, Wayne continues to build his audience with cutting edge yet clean, curse free material whose appeal transcends all cultural lines and is fit for (and often draws) the whole family. All while still posting content online daily.