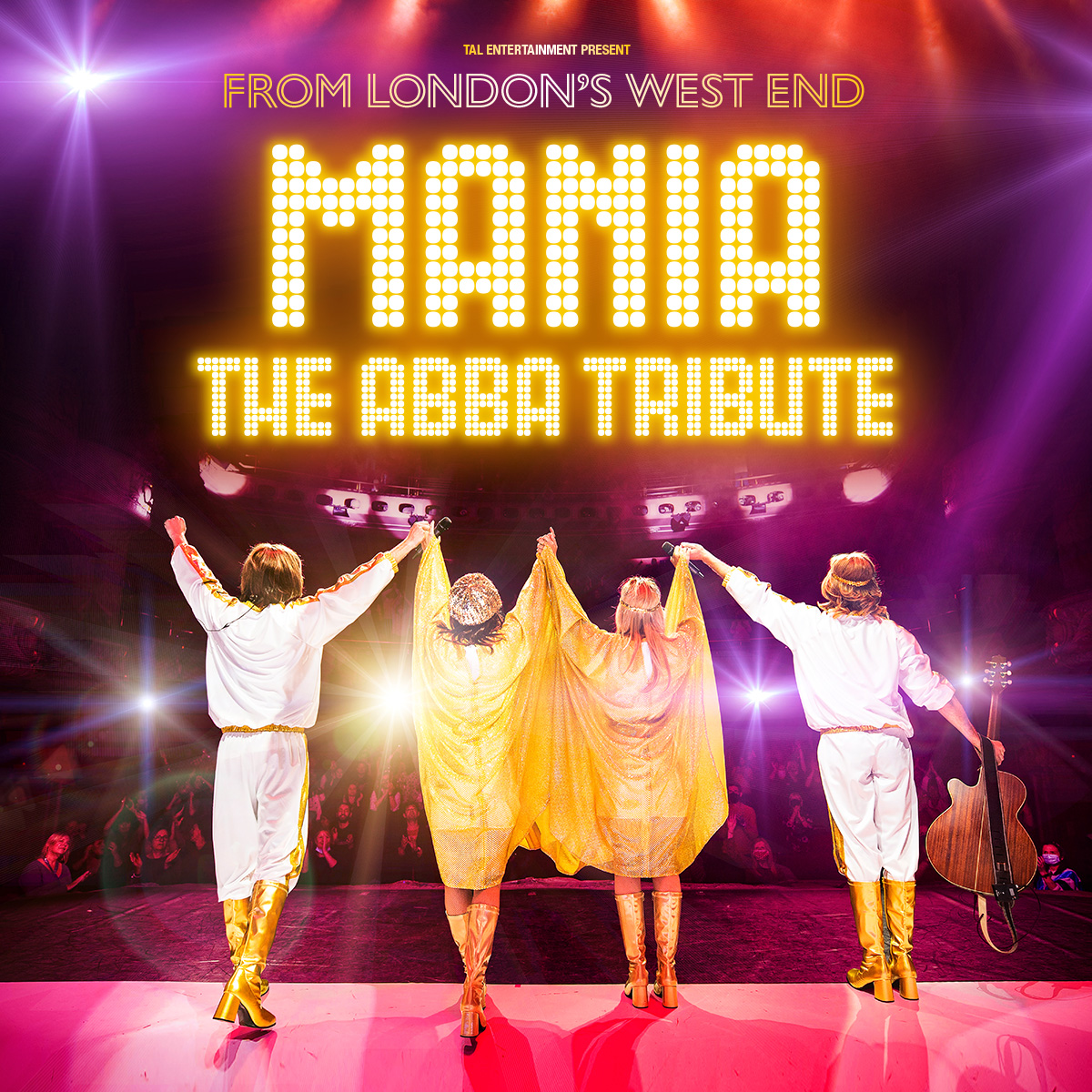 Take A Chance On MANIA……and you won’t be disappointed!

The world’s number one touring ABBA tribute returns to your very own ACL Live on March 2, 2023. MANIA (formerly ABBA MANIA) formed in 1999 and the show has been selling out theatres and concert halls internationally ever since. This show has toured the world in its quest to bring the music of the Swedish ‘Supergroup’ to their millions of fans, old and new!

In 2007 it grossed over $1 million at the box office in Sydney, Australia. The show has ventured to France, Denmark, Belgium, Spain, South Africa, New Zealand, Singapore, USA, Australia and South Korea as well as touring the UK extensively.

The show has been successfully touring the USA annually since 2009 with over 400 performances, many of the venues book the show every year as it has become a ‘tradition’ for both the show and the audiences. The thirst for this sensational recreation of abba’s concert is getting stronger every year.

Agnetha, Bjorn, Benny and Anni-Frid, collectively known as ABBA, dominated the charts for nearly ten years and enjoyed nine UK number 1 hits. At their height they became Sweden’s highest export earners, amazingly, outselling Volvo cars. ‘ABBA Gold’ was continuously in the Album Charts throughout the nineties and is one of the biggest selling albums ever.

ABBA’s timeless songs were written to be enjoyed live and MANIA gives you exactly that. Two hours of uplifting, dance inducing and sometimes heart-breaking songs, fully live with fantastic staging, lighting and effects. The show recreates ABBA’s sound not only perfectly, but respectfully too. MANIA is not only for life long, die hard ABBA fans but the new generation of fans, who never had the opportunity to see ‘ABBA’ live. Hits include ‘Dancing Queen’, ‘Waterloo’, ‘Mamma Mia’, ‘The Winner Takes it All’, ‘Super Trouper’, ‘Fernando’, ‘Take A Chance On Me’ and many more that continue to fill dance floors worldwide.