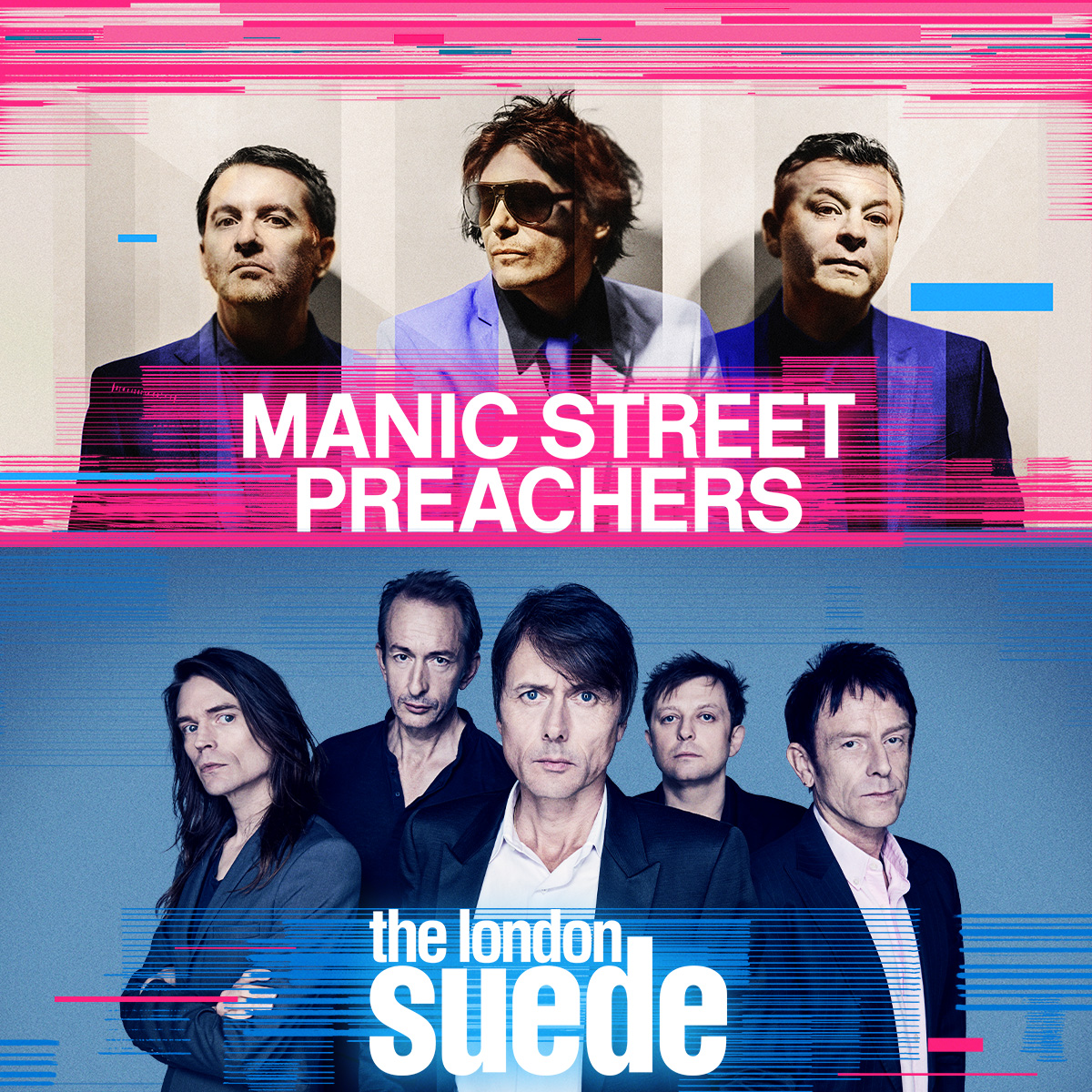 Two of the UK’s most enduring and influential bands have announced a joint headline tour of North America for November. The London Suede and Manic Street Preachers both rose to prominence in the early 90s on the back of indisputably brilliant debut albums  – 1992’s Generation Terrorists and 1993’s Suede – and electrifying live shows. Over the course of the next several years they would grow from punk rock youthquakers to arena-filing rock stars, earning their positions as national treasures in the pantheon of British music. Their first ever co-headlining tour kicks off in Vancouver, Canada on November 3rd.

Beloved by music fans on both sides of the Atlantic, The London Suede took a hiatus to work on other projects between 2002 and 2013, returning with the acclaimed Bloodsports album, while Manic Street Preachers continued to record together, releasing a string of hit albums, but rarely visiting the USA and Canada. Recognized as two of the most iconic bands of their generation this double headline tour is a rare and unmissable treat for music fans.

The London Suede (known simply as Suede around the world and the Manics will be performing songs from their full catalog, giving North American audiences a unique chance to experience fiercely loved classics from the last 30 years. The London Suede release their ninth album, Autofiction, on September 16th on BMG. They last performed in the US at Coachella in 2011. Manic Street Preachers released their fourteenth studio album, the UK #1 The Ultra Vivid Lament, last year. They last toured North America in April 2015.

The London Suede’s Brett Anderson says, “I can’t think of a band I’d rather share a stage with than the Manic Street Preachers. They have long been an inspiration to us, and I know there are thousands of Suede fans who feel the same. It’s nearly 30 years since we last played together and I think these shows are going to be something really special.”

Manic Street Preachers added, “We first toured with Suede in 1994 when we played with them all across Europe. Back then, it always felt like both our bands shared a certain kind of kinship, both aesthetically and historically. It still feels that way now, nearly three decades later.”

“This joint tour feels like a fantastic opportunity for both our sets of fans to share an amazing live experience. And to do this in the USA and Canada in 2022 makes it even more special as our tours there are so rare these days. We truly can’t wait.”