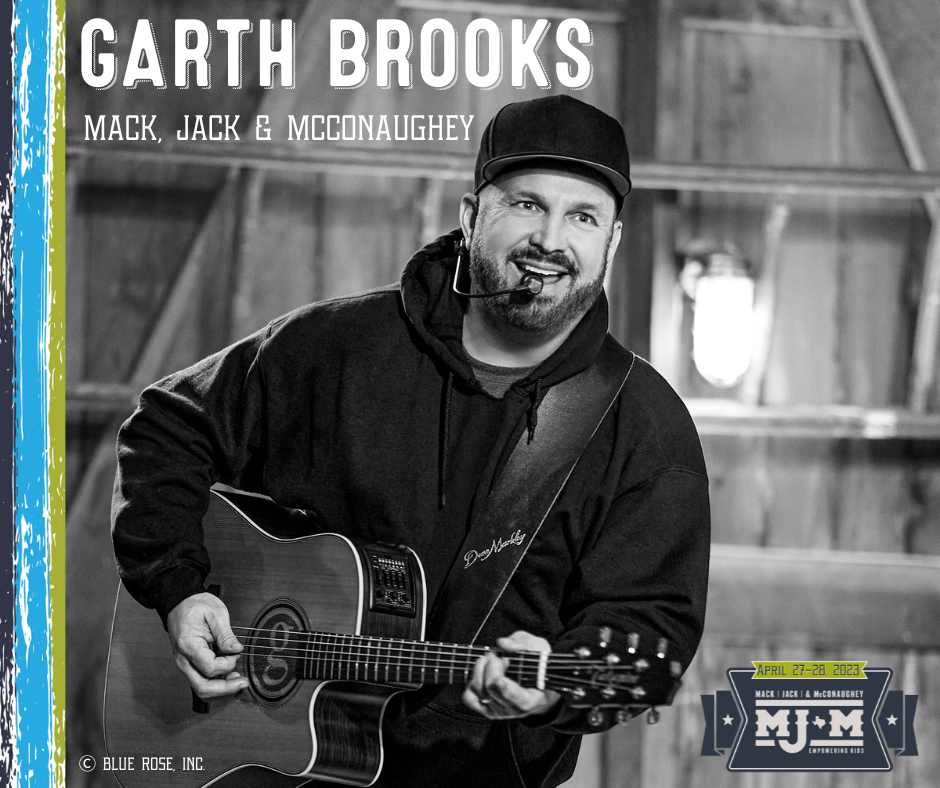 ABOUT MACK, JACK AND McCONAUGHEY

Garth Brooks is the first-ever seven-time recipient of the CMA Entertainer of the Year honor. Brooks is the first and only artist in history to receive nine Diamond Awards for the now nine diamond-certified albums at over 10 million album sales each. He has received every accolade the recording industry can bestow on an artist. Last year, he was awarded Country Touring Artist of the Decade at the 2021 Pollstar Awards. In May 2021, he was one of five artists to receive one of the most prestigious honors an artist can receive, The Kennedy Center Honor.